The Galaxy is not an undifferentiated mass of stars, but contains many different features and regions. Each has its own challenges, opportunities, and dangers for interstellar explorers, colonists, and scientists.

Like other space objects, the Galaxy rotates, creating “spiral arms” thousands of light-years long and thick; each arm contains thousands of stars. The three primary arms are named Orion, Sagittarius, and Perseus. Sol, and thus Earth, lies at the “coreward” edge of the Orion Arm, about 40,000 light-years away from the galactic core. The Sagittarius Arm (and some smaller arms) occupies space between the Orion Arm and the core. In the opposite direction, “rimward,” the Perseus Arm dominates space.

The spiral arms shine brightly due to the large number of young, bright stars they contain. The darker regions between the arms are not empty, but contain mainly older, and thus dimmer, stars. The interior regions of the arms, where stars form, include so many nebulae, ion storms, novae, and the like that they can prove hazardous to space travelers. On the other hand, those regions also tend to contain heavy elements, rare minerals, and other valuable substances. A starship passing through such a region might encounter prospectors, miners, and the rogues who prey on them — or the secret shipyard of some would-be interstellar conqueror.

A spherical region approximately 20,000 light-years across burns, stiff with energy. at the heart of the Galaxy. Young, hot-burning giant stars crowd into the Core, some only light-minutes apart. In the center of this hellish mass lurks a huge black hole. The Core is a very dangerous region, with incredibly intense radiation levels (see “Radiation,” page 225). The stars here are all short-lived types, often with enormous fluctuations in brightness, further disrupting navigation (+10 TN to all System Operation (Flight Control) or System Operation (Navigation) tests; +5 TN to all Space Science (Astrogation) tests). Ion storms, plasma jets, and particle showers occur frequently. Even subspace can wrinkle under the intense star-forming stresses here (all System Operation (Communications) tests are at a minimum TN 15).

No carbon-based life-form can survive long in the Core region without protection. Starships venturing into the heart of the Galaxy need specialized refits, and must maintain their shields at maximum levels to protect against the radiation. If any life exists in the Core, it must be very alien—energy beings, or creatures capable of thriving in a constant shower of hard radiation.

Around the heart of the Core, and at the edge of the Galaxy, the magnetic energy fields compress curved space into powerful energy barriers. The Barriers are zones of radiation almost material in intensity; few ships could even survive a passage through them. Much of the Barriers may consist of chaotic space (see page 162), and the high radiation levels can create any effect imaginable (see “Radiation,’ page 225).

The exploratory starship S.S. Valiant, launched through a temporary wormhole in 2064 by the European Hegemony, was the first Earth vessel to penetrate the Barrier. The Valiant’s captain heroically destroyed his ship after the energies of the Barrier increased the psionic abilities of some crewmembers so enormously that they threatened the security of the entire Galaxy. The U.S.S. Enterprise, NCC-1701, encountered a similar phenomenon in 2265 while searching for traces of the Valiant. In 2268 the Enterprise again passed through the Barrier when hijacked by the Kelvans, but this time encountered no psionic phenomena. The Kelvan shielding and other modifications may have preserved the Enterprise, or the unpredictable conditions at the Barrier may have simply not created any psychic surge. Evidently, the Milky Way has an especially powerful or concentrated energy barrier, since it crippled the ship of the Kelvan expedition from Andromeda. This suggests their own galaxy does not have a barrier or has a weaker one.

Starfleet and others divide the Galaxy into four enormous quadrants, labeled Alpha, Beta, Gamma, and Delta. Each quadrant covers about eight billion cubic light-years. The border between Alpha and Beta Quadrants lies on the axis running from Sol to the center of the Galaxy; the other two Quadrants lie on the other side of a line perpendicular to this axis at the Galactic Core. The Alpha Quadrant is to the spinward of Beta Quadrant.

Contains the Cardassian Union, the Gorn Empire, the Tholian Assembly, the Breen, Ferenginar, and Bajor. The Federation expanded deep into the Alpha Quadrant in the 24th century, ranging from thickly populated core worlds like Earth, Andoria, and Betazed to the frontier Badlands abutting on Cardassian space.

Includes the Klingon Empire, Romulan Star Empire, the Nausicaans, the Taurhai Unity (on the Romulans’ antispinward flank), and the antispinward portion of Federation space bordering the Romulan Neutral Zone and Klingon space. Rigel, Betelgeuse, and other major systems lie in the Beta Quadrant. This quadrant may be the most thickly settled and well-charted in the Galaxy, but even in the late 24th century it holds millions of stars that Starfleet has never visited.

Enormous clouds of interstellar dust screen it from Federation observatories, and the immense distance of even its closest stars (over 40,000 light years) from Federation space rendered it a complete mystery until the discovery in 2369 of the Bajoran Wormhole, which runs from Bajor in the Alpha Quadrant to the Idran system deep in the Gamma Quadrant. The Gamma Quadrant is home to the Dominion and no doubt hundreds of other cultures and species.

It holds the central systems of the Borg Collective, but the quadrant itself remained almost completely mysterious until a powerful entity known as the Caretaker abducted the U.S.S. Voyager in 2371, stranding it there 70,000 light-years from Federation space. Voyager’s seven-year odyssey, during which it encountered the Talaxians and Ocampans, as well as several other major powers such as the Haakonians and the Kazon, greatly expanded Federation knowledge of the Delta Quadrant. 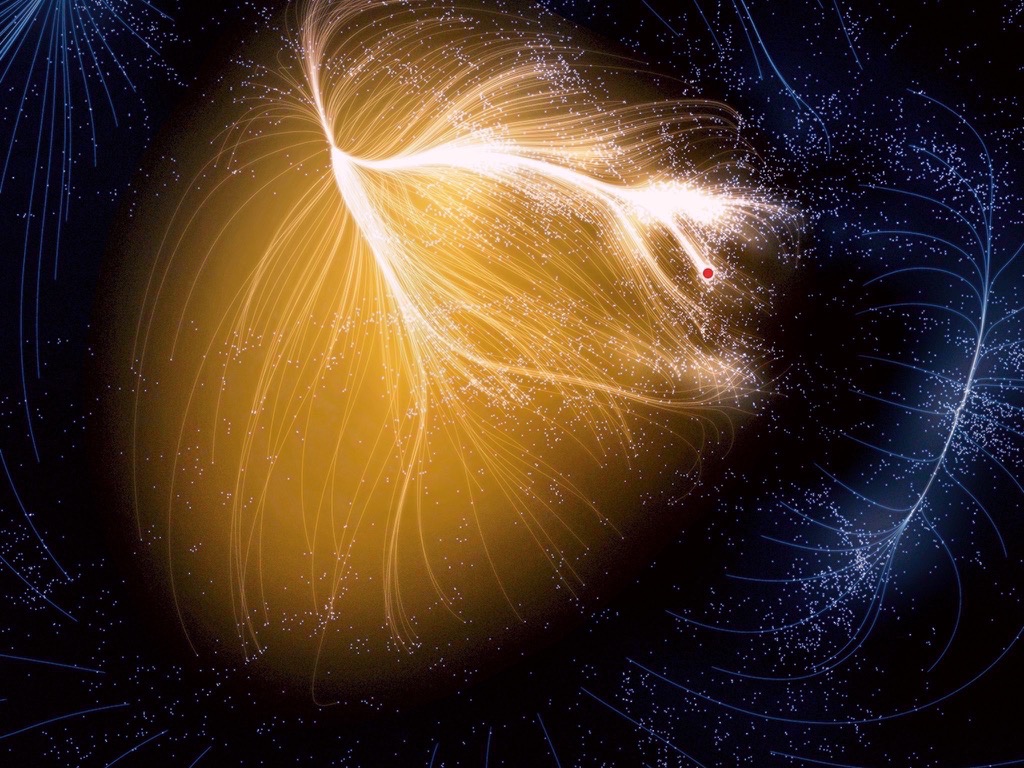 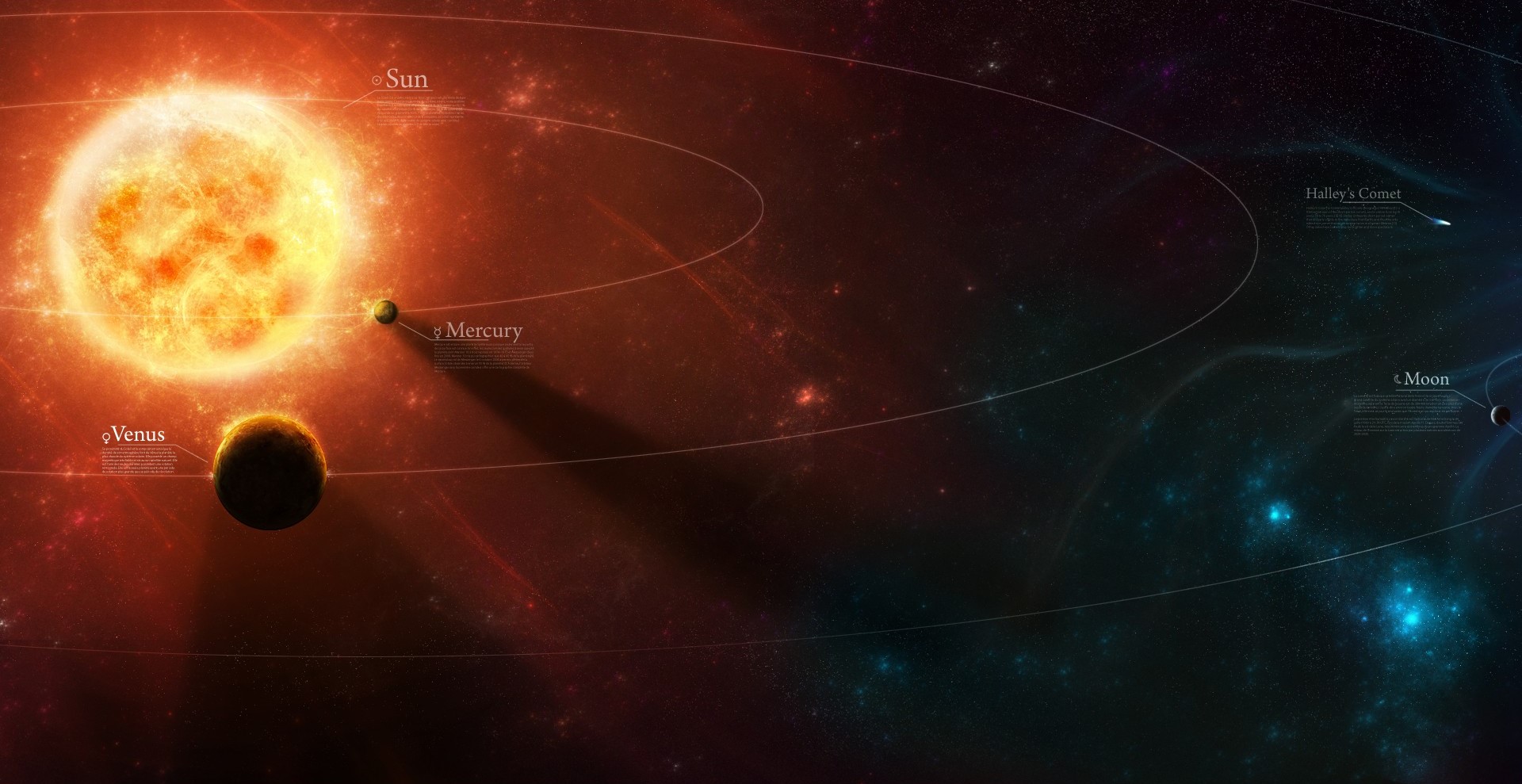